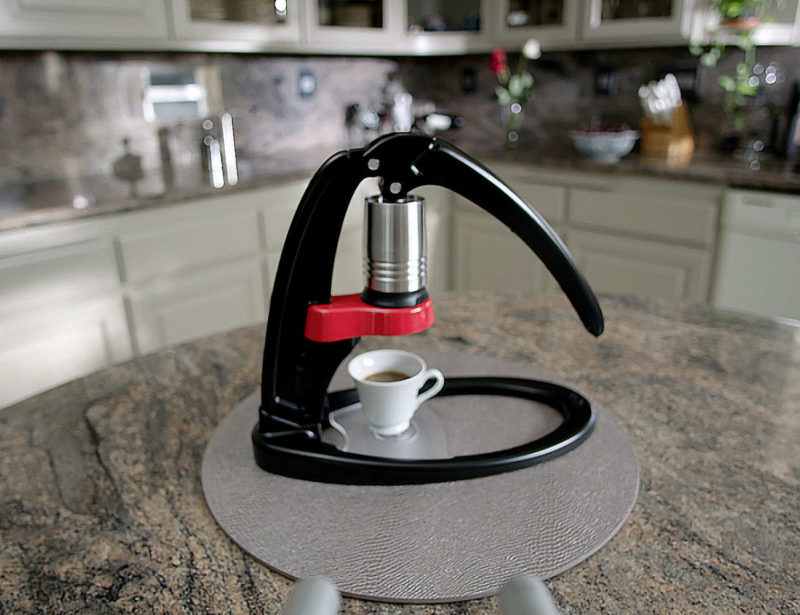 I heard a busy salesperson today say, ‘Why do they put Christmas at the end of the year?’ It was depressing but prescient: I am simultaneously winding down for the festive season at home, and as busy as the busiest bee doing numerous projects.

For the last few months, I have been lending my marketing expertise and wordy wisdom to the lovely Sergio in California, the inventor of the Flair Espresso Maker. I helped run his Kickstarter campaign, updated his website, and organised a spot of press and advertising for him.

There was a lot to learn, including how to work effectively together from different time zones. But the learnings I thought I’d share on my blog are a bit more technical and come from the brand new platform I got to play with (eventually very successfully, I may add): Kickstarter.

The first thing I wish I’d fully appreciated when I started is WHAT CAN BE CHANGED LATER and WHAT CANNOT BE CHANGED LATER. Specifically, that once you have created a Reward, and someone pledges on that Reward, you can’t change anything about it.

We ended up putting a Reward live with vague shipping details, saying that US shipping was one price and the ‘rest of the world’ was another. Someone backs us from Russia or Outer Mongolia or something, and the game’s up. They get shipping way too cheap, and we realise that not only did we make an error, we can’t change it now – because someone has backed us.

One thing you can change is the Reward Quantity. This came in handy. We limited the number to hardly any and it ‘ran out’ so Backers had to pledge for our new Reward. Sure, it was the same as the one before, probably causing a fair amount of confusion, but at least the shipping details were actually covering our own costs. Phew.

The other interesting challenge was ‘selling’ one product, with nothing to really add on. Most Kickstarter campaigns out there have a thing, a thing plus another wee thing, a deluxe thing, and a deluxe luxury pack with all the things. We really had one thing – a very cool and terribly clever espresso maker. That made coming up with new Rewards a bit tricky, and that in turn didn’t give us loads to talk about (we managed, of course).

It’s hard to up-sell too, because once someone backs you, you only want them to adjust their pledge upwards; to back you more. So if you want to add a small thing, what you should do is create a new Reward that has original thing + new small thing. We didn’t realise at first, but Backers can’t pledge for more than one Reward… so if they try to pledge again, it cancels their first one. Frustrating if all they wanted to do was add a $6 accessory to their $100 ‘purchase’.

Another weird one for me was promoting a third party site. It meant my usual go-to approaches -tagging the website and using the likes of Twitter and Google Ads to drive and measure engagement; adding great content to the website; building email lists from the site – weren’t necessarily the best plans. KS seems to have a sophisticated dashboard to track where people are coming from, but it’s hard to be sure it’s accurate.

Finally, it’s fair to say we didn’t give ourselves the easiest start. From bringing me on board to going live with the Kickstarter, we had about two weeks. In that time we had to start building a mailing list (from nothing), get some press exposure, add some content to the (fairly new) website, create the Kickstarter campaign content, and come up with the mechanics behind the various Rewards… all while Sergio made the all-important video (in LA, without me being able to jump in with my soothing Scottish tones, which I still maintain could have been a massive selling point…!) We had no social pages or following, and had to build that from scratch too.

In the end, we hit our $45,000 goal with a few days to spare and everyone is pretty excited to get their hands on this. We found our ideal segment (real coffee nerds), we invested heavily in the channels we could see were working (Facebook ads), and we communicated with existing Backers, and the world, as much as we possibly could.

Most importantly, the Flair is a great product, and Sergio truly believes in it. It’s definitely easy to get behind something when its inventor is passionate, proud and ready to answer technical questions in a very authentic manner. Sergio is a coffee lover and a mechanical engineer. He is – and huge numbers of Backers got this straight away – the right person to buy a manual espresso maker from.

We gave ourselves tough timescales, made bold promises, wore our hearts on our sleeves and didn’t start with any sort of audience. The fact that nearly 400 people believed in Flair without touching it is testament to the power of a great product, and a great little team.