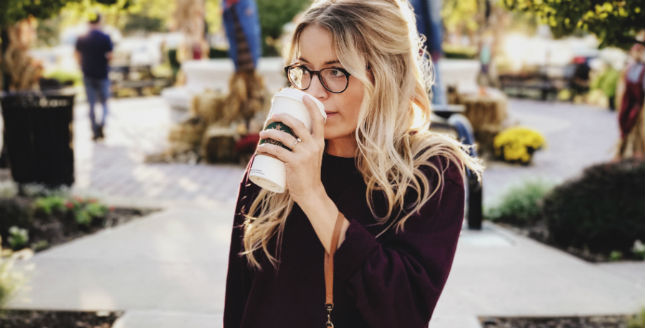 Why does it matter that I am a “millennial”? It’s rare to find me on my soapbox (ha) but one (let’s just say it: insignificant in the grand scheme of things) irritation I’ve nurtured lately is with brands pitching to “millennials.” Millennials will love this, they say. This has been designed and developed with MILLENNIALS in mind. Millennials are super socially conscious and ethical and love having a personalised experience. Do they? Does everyone between the ages of 18 and 35 feel the same way? Even in general? It seems like way too large a segment to be useful (although marketers have been going after “women” for years. As if a pink razor or pen ’s population in a swoop). Do we have anything meaningful in common because we were both born between 1982 and 1997? (Assuming we can agree on a definition as simple as that…)

Every week I see new stats and comments that (actually very sensible) market research organisations have published around this massive generational cohort. Someone on Reddit made a post about all the things we are killing (hilarious); one thing we are not ruining is marketing plans. This comes from eMarketer: “[Marketers] think millennials will be more important for the marketing industry than any other trend right now except for mobile.” What? Is this even English?

Is this buzzword simply a substitute for “young” (or “younger than me”)? One of my favourite marketing gurus Mark Ritson suggests that’s what most people mean when they say millennial – traits such as a global mindset, egalitarian principles and literacy with new technology “are not radical new psychographics, they are part of what sociologists refer to as ‘being young’.”

But a huge number of millennials (or “generation Y”, or “generation Y can’t I buy a house”) are actually not that young. They are married with babies and all sorts. And, sorry, they do sometimes have a house.

As ipsos recently noted, “With the oldest planning their fortieth birthday parties, the image of the fresh-faced millennial hipster doesn’t really apply to this huge cohort.” And while data does support the notion that fewer millennials own houses than… well, other age groups… this is surely because house prices have risen faster than wages in parts of the UK, not because we are all buying avocado on toast or think houses are pants. We don’t have lower savings because we have some uniquely MILLENNIAL mindset; we just have less money and have had less time to save it. And some of us are just too young to buy a house.

Look, I get it: If you grew up with MySpace, saw dial-up (and Channel 5) launch, used a computer throughout university and were able to move from a Nokia 3310 to an iPhone, you probably DO see the world through a similar lens to me. But that actually doesn’t apply to all 18-35-year-olds (especially when you expand your horizons beyond the developed world). That’s why some argue we should say “digital native” instead of “millennial” – the real point is that many of us grew up around technology, and can assimilate it easily into our lives.

Interestingly, EY has found that digital savviness is only weakly correlated to age. I’ve lumped this together because in my mind it forms one point around “being good people” – make of that what you will. And this is the saddest part of all, because us millennials aren’t especially. Despite what Instagram might show you, we aren’t all spreading buckwheat on a downward dog made of sustainable cotton or whatever.

Although it’s hard to get precise data, it seems millennials are actually less healthy than older generations. Or at least, not healthier. Still smoking and drinking too much. Yup.

To be fair, nearly three quarters of millennials claimed they’d pay more for a brand’s products if said brand was socially and environmentally responsible. (This was a Neilsen study in 2015.) The thing is, 66% of global respondents claimed the same. So the age thing… not that important. Also, purchasing behaviour doesn’t support this! Those lying survey respondents!

I maintain that it isn’t that millennials ARE or ARE NOT certain things, they just don’t differ significantly from other generations.

JUST NOT THAT HELPFUL

Even if we agree that there are SOME true criteria that do bind together ALMOST everyone in this birth-date range, perhaps only in specific countries, as marketers we Must Do Better. Segmenting by age alone is a blunt instrument. Targeting the digitally-savvy, on digital channels, requires the use of behavioural, not demographic, information. Cross-selling to existing customers should be based on what they do, not how old they are. And collecting the appropriate data on actual and potential customers should help brands to promote the right thing at the right time to the right person – whatever generation (or gender) they happen to belong to.

Is the word ‘millennials’ actually useful? May 25th, 2021kirstycooke